Last week from 3rd – 6th April, ACE’s Artistic Director Gail Parmel and Administration and Tour Manager Charlotte Gregory headed off to Saint Etienne for a 3 day conference to discuss: ‘What Is the Place of Youth Dance Companies in Europe?’. The conference, hosted by Les Ballets Contemporains de Saint Etienne and funded by Youth In Action, was the second in the ‘Dance=Desir’ series, the first of which was organised by ACE dance and music back in October 2011. 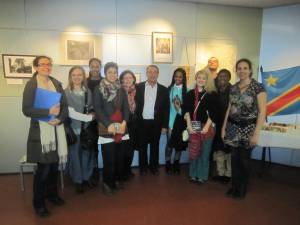 After welcomes, speeches and aperitifs at the Town Hall (in the company of Deputy Mayor Monsieur Freidenberg no less!), Gail and Charlotte were able to catch up with European friends: Untold (Holland) and Compagnie Virevolte (Switzerland). Youth dance is quite rare in France so it was also great to meet l’Album Compagnie from Grenoble and welcome them to our growing network, which celebrates and supports excellence in European Youth Dance. 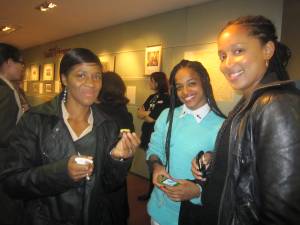 We spent the following three days based at the Opera Theatre of Saint Etienne, sharing commonalities and differences, strengths and weaknesses, but above all, the originality of our work and our shared energy and passion. We met educationalists, sociologists and programmers, who gave us valuable insight into the French situation and perspective.

We were also lucky enough to see the full length production ‘MeOuiDoncIcare’ by Les Orteils de Sable (the youth dance company of Les Ballets Contemporains) and sneaked backstage after the show to get the access all areas photo you see here! 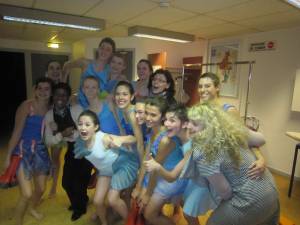 All of this has given us renewed vigour to build our ‘Dance=Desir’ network together, with a long-term aim of establishing a cycle of festivals, events and exchanges across an even larger and diverse group of countries.

It's great to be back dancing with our amazing Cla